We asked some of our fabulous Lawrence University students to join us at the March 12 concert and share their thoughts. Our first reviewer is Gabe Roethle. Thank you, Gabe! 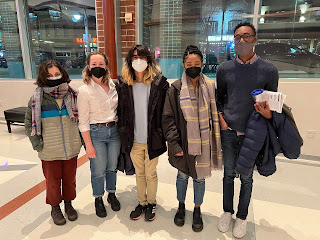 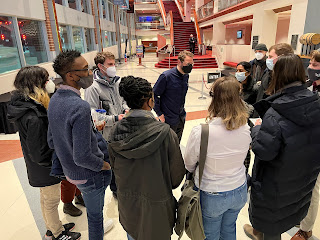 It's quite refreshing to see and hear a symphonic program where underrepresented pieces and composers are given as time and attention as the "big greats." It is too easy for an orchestra to meet the quota of a single short piece by a minority composer shoved in some corner of the program to leave room for the familiar works.

It is evident that Maestro Sütterlin​, from his pre-concert talk to his on-stage notes to his energetic conducting, cares less about satisfying and more about provoking; provoking new ways to think about new and old music.

I was very pleased to hear that next season the orchestra would be performing an entire symphony by the 19th century French composer Louise Farrenc, whose Overture No.1 in E minor the orchestra performed in this concert.

Maestro Sütterlin​ did not shy away from stating plainly and simply why works by composers who were not white men had been neglected by the world of classical music for so long, and the way he spoke about and directed the three pieces on the first half of the program (by Louise Farrenc, Jessie Montgomery, and Samuel Coleridge-Taylor) shows his and the orchestra's dedication to changing the narrative of the world of classical music.

As a young, aspiring violinist, I feel obliged also to comment on the orchestra's performance of Rimsky-Korsakov's Scheherazade, which was every bit as enchanting as the stories on which it was based. Concertmaster Yuliya Smead played each of her many solos with cool but ever-virtuosic flair. It was a delight to follow along with the cadenzas that were part of my audition excerpts for summer festivals.

I can attest to the comfort of familiarity that this performance offered, although its placement after the thought-provoking (though no less beautiful!) first half made me listen to the piece in a different way.