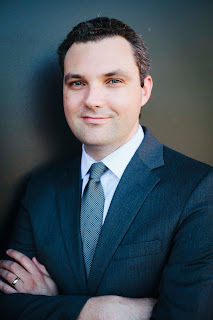 Appleton, WI – Fox Valley Symphony Youth Orchestras (FVSYO) is delighted to announce Dr. Mark Dupere will be joining their team as conductor of the Youth Orchestra. Dupere joins conductor Greg Austin of Concert Orchestra and Adam Brown of Philharmonia on the staff and will begin work this spring.

“His first official act will be to join us for auditions in May,” says Executive Director Jamie LaFreniere, “so he gets to meet all our wonderful students right away.” Though the Youth Orchestra was unable to meet during COVID-19 restrictions, they are looking forward to being in person again in the fall for rehearsals and concerts and are currently seeking new students for their May auditions.

“We are excited about what Mark will bring to the group and love his vision for the future,” adds LaFreniere. “We just recently added Marisol Kuborn to our staff as our first Youth Orchestras Executive Director, and I can’t wait to see what they build together. Both have amazing dedication to our programs and unlimited ideas.”

Mark Dupere is Assistant Professor of Music at Lawrence University Conservatory of Music, where he is the Director of Orchestral Studies. A native of Arizona, he studied cello with Phyllis Young at the University of Texas at Austin before moving to the Netherlands to complete his cello studies with Jaap ter Linden at the Royal Conservatoire in The Hague. Dupere specialized in Baroque cello and performance practice of the Romantic era. He completed his Doctorate in Orchestral Conducting at Michigan State University with Kevin Noe.

As a cellist, Dupere was a 'New Young Artist' at the Victoria Bach Festival, performed in the Leipzig Bach Competition, and was an apprentice with the Orchestra of the Age of Enlightenment in London. He performed with many groups throughout Europe including Anima Eterna Brugge (BE), Arte Dei Suonatori (PL), and the Amsterdam Baroque Orchestra (NL).  Dupere performed in major European concert halls including the Southbank Centre (London), Konzerthaus (Vienna), Concertgebouw (Amsterdam), Théâtre des Champs-Élysées, and Opéra Royal de Versailles (Paris). Dupere has appeared at various festivals including La Folle Journée Festival (Nantes), Holland Festival (Amsterdam), Le Festival Berlioz (La Côte-Saint-André), Oude Muziek Festival (Utrecht) and Le Festival L’abbaye aux Dames (Saintes). He has worked with directors Mark Wigglesworth, Yannick Nézet-Séguin, Neeme Järvi, Gunther Schuller, Bruno Weil, Jos van Immerseel, Robert Levin, Elizabeth Wallfisch and Ton Koopman.  As a founding member of the chamber music ensemble Haagsche Hofmuzieck, Dupere performed and gave masterclasses throughout Europe and the USA. The group made several recordings and was a finalist in the International Telemann Competition in Magdeburg, Germany.

Dupere has performed on BBC Radio and Arte TV and has made numerous recordings. These include discs of Debussy, Ravel and Mussorgsky with Anima Eterna Brugge, Marcello Psalms with Voces8 and Les Inventions (FR) and a recording of the complete chamber works of Locatelli with Ensemble Violini Capricciosi (NL) for Brilliant Classics.

After many years of performing as a professional cellist, Dupere decided to pursue his great passion for conducting and directing. He was a conducting fellow at the Oregon Bach Festival in 2015 and is the Co-Musical Director of the Musica Redemptor Orchestra (Austin, TX), a period instrument ensemble made up of international musicians. He has conducted the Haydn Orchestra (The Hague, NL), the Choir of St John and St Philip in The Hague (NL), the Cypress Symphony (Houston), the Michigan State University Symphony Orchestra and the Michigan State University Concert Orchestra. Mark enjoys conducting various honor orchestras around the country and most recently, he has been named a National Semi-Finalist in the American Prize for Conducting.

Dupere is a passionate educator and hopes to impart a love of music-making and active engagement with audiences in the performance of music from all periods. His areas of research have included: tempo rubato in Romantic chamber music, and pedagogical approaches to teaching period performance concepts in the modern music academy.

About the Fox Valley Symphony Orchestra:

Appleton, WI – Fox Valley Symphony Youth Orchestra (FVSYO) will say goodbye to the conductor of their top group this spring as Dr. Andres Moran will be leaving the program in April of 2021. 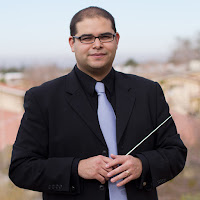 "I have made the difficult decision to step down as conductor of the Fox Valley Youth Symphony so that I can focus more on my work at UW-Stevens Point and as music director of the Central Wisconsin Symphony Orchestra,” says Moran. “In my time with FVYS, I was continuously impressed with their level of commitment and dedication to the music and to each other. The orchestra always rose to the occasion in both rehearsals and performance, and I am sure they will continue to do so.

“I want to thank the staff and FVS board for their amazing support and collaboration. My decision was made easier knowing that the organization and the Fox Valley’s talented young musicians are in great hands.”

“We will definitely miss having him lead our group,” says Jamie LaFreniere, FVSO Executive Director. “He took us to the next level with our students and we can’t thank him enough for all he’s done to get us there. We’re looking forward to adding a new conductor who will continue Dr Moran’s focus of giving our students the best ensemble experience and building lasting memories.” 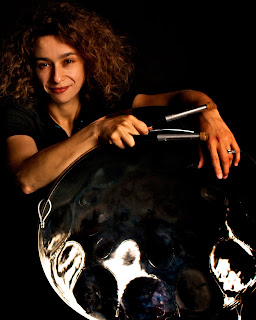 As part of their planned program growth, the FVSYO is excited to add Marisol Kuborn to the Youth Orchestra team as its first Executive Director. “Marisol has been with our Youth Orchestra as a coach and coordinator and it has been a pleasure watching her work with our students. Her dedication is incredible, and I know our program will soar with her as a leader,” says LaFreniere. “I am so excited for her to join our team in this capacity.”

The program has one final project planned before Dr. Moran’s departure, and is currently working on a virtual Youth Orchestra project for March. You can stay updated on their project on Facebook (@FoxValleySymphonyYouthOrchestra) and Instagram (@fvsorchestra).